There are a lot of best law schools in Italy and this is made possible because of the fact that this country plays host to some of the oldest universities in the world. These universities were mostly established as early as the 11th century. As a result of this, they have thousands of years of mastery in education in different fields of study.

International students are most welcomed in Italy as most of its universities acknowledge the significance of diversity and cultural awareness with their English-medium programs at an inexpensive fee compared to most Western universities.

The legal structure in Italy takes after the criminal, civil and administrative law. Attaining a law degree in this Italian-speaking country is related to most European countries. A student must finalize the first cycle, which is also known as the Bachelor’s degree (LL.B.). This is followed up by the second cycle, Master’s degree (LL.M.), and lastly a Ph.D.

Without further ado, we will outline the 15 best law schools in Italy.

The University of Bologna is the best law school in Italy, and it is also known as the oldest university in the West, having been in existence since the 11th century in 1088.

Presently, there are 32 departments and five schools which are overseen by 2,771 lecturers. This academic institution of law has 5 campuses which are located in Bologna, Cesena, Ravenna, Rimini, and Forlì with a total of 87,758 students studying across these campuses. Every year, the university produces 18,000 graduates.

The law school is the best in Italy and it provides a 1st and 2nd cycle, which is also recognized as a bachelor’s and master’s program.

The study length of the 1st cycle is for three years, which is then followed by the 2nd cycle or a master’s degree for two years and 120 ECTS. Each student has the alternative to study a single or double degree, a combined bachelor’s and master’s degrees. After completing the LL.B. and LL.M. programs, the student can take a Ph.D. course for three years, where only a few of the applicants are selected to partake.

2. The Sant’Anna School of Advanced

The College of Law provides a Master’s Degree in Law (single cycle) with the alternative to have a student exchange program with popular universities around the globe, attend special conventions and lectures, and also take part in internships with respected companies across the world.

As for their Ph.D. in Law, the duration is for 3 years, focusing on private law, European law, constitutional law, law and criminal justice, and the general theory of law. There are also scholarships available to five students worth around USD 18,159 gross per year.

An old institution with more than 700 years of contribution to research, science, and education, Sapienza University of Rome is considered to be the first university in Europe, presently having 113,500 students, with almost 9,000 international students, and 3,300 professors.

There are a lot of courses with over 280-degree programs, 200 vocational master programs, and about 80 Ph.D. programs. They provide scholarships, free tuition fees for outstanding students, and a special discount available for siblings enrolled in the university.

Their Master’s Degree in Law Single Cycle is for 5 years which consists of essential training for a jurist such as public and private law, international law, community law, comparative law, and European law. There are three Ph.D. programs: Public Law; Public, Comparative and International Law; and Roman Law, Theory of Legal Systems, and Private Law of Markets. Only a handful are chosen to participate, around 13 students per course.

The European University Institute (EUI) is the fourth on our list of the best law schools in Italy and it is an international postgraduate and post-doctoral teaching and research institute established by European Union member states.

It was established in 1977 and within the department, the Academy of European Law (AEL) provides advanced-level summer courses in Human Rights Law and EU Law. It also organizes research projects and operates a publications program.

The EUI Law Department is also in collaboration, with Harvard Law School, the Summer School on Law and Logic. This summer school was launched in 2012 and is also sponsored by CIRSFID-University of Bologna (Italy), the University of Groningen (the Netherlands), the European Academy of Legal Theory, and has a grant from the Erasmus Lifelong Learning Programme.

The next on our list of best law schools in Italy is the University of Milan, which was created in 1924 by Luigi Mangiagalli, a doctor and gynecologist. The first four faculties created were humanities, law, physical and natural sciences, and medicine and mathematics. Presently, this university owns 11 faculties and schools, 33 departments.

Their Faculty of Law takes dignity in their wealth of experience which they had accumulated over the years in the field, with training and internships in courts, law firms, law organizations, and interconnected associations. With its exposure to international knowledge, the law school also provides various English-medium.

The Master’s Degree Program in Law is a five-year, single-cycle course that pivots on national and international areas of the law. It is a 300-ECTS course, offering specialized training in fulfilling a legal professional. The students will be able to obtain a double degree title upon finishing the course. The Postgraduate School of Legal Professions provides a course for two years, and Italian is the language used to teach. To be able to join the program, the student must pass a contentious public examination.

The Libera Università Internazionale Degli Studi Sociali “Guido Carli”, known by the acronym “LUISS”, is an independent private university founded in 1974 by a group of entrepreneurs led by Umberto Agnelli, brother of Gianni Agnelli.

LUISS has four various campuses: one in Viale Romania, one in Via Parenzo, one in Villa Blanc, and the last one in Viale Pola and It has a student population of 9,067.

The department of Law procures a single five-year cycle for the combined bachelor’s and master’s degree program in Law.

LUISS University’s Law, Digital Innovation and Sustainability prepare professionals in innovation – and especially, learners with a legal or managerial background – with the mechanisms necessary to interpret the current digital and ecological transitions in society and the economy, providing them a solid legal atmosphere with equally strong interdisciplinary, administrative and technical mastery.

A university founded by students in the year 1222, The University of Padua remains one of the oldest and most prestigious academic institutions in Europe.

Founded in 1921, Università Cattolica del Sacro Cuore (Catholic University of the Sacred Heart) is a non-profit private higher education institution placed in the urban setting of the metropolis of Milano.

The faculty of law was founded in 1924 – one of the University’s first faculties – it is highly esteemed in Italy for its commitment to technical, artistic, and unique preparation, for the degree of its scientific research, for its first-class teaching, and for its ability to discern, motivate and value the merit of the students.

Making it to our list of the best law schools in Italy is the University of Naples. This school is founded in 1224, and is the oldest public non-sectarian university in the world, and is now made up of 26 departments. It was Europe’s first higher education assigned to the training of secular administrative staff and is one of the oldest academic institutions an operation up till this time. Federico II is the third University in Italy by the number of enrolled students, but irrespective of its size, it is still one of the best universities in Italy and the world, being particularly notable for research.

The department of law offers a bachelor’s degree in law and which is acquired after 3 years of studying (one cycle) and the master’s degree program is a single circle of 4 years.

The University of Padua (Italian: Università Degli Studi di Padova, UNIPD) is an Italian academic institution that was created in 1222 by a faction of students and teachers from Bologna. Padua is the second-oldest university in this country and the world’s fifth-oldest surviving university. In 2010 the university had approximately 65,000 students in the other population. In 2021 it was rated second “best university” among other Italian academic institutions with more than 40,000 students according to Censis institute.

The University of Rome Tor Vergata was established in 1982: it is, therefore, a young university compared to other universities in the country.

The University of Rome Tor Vergata is made up of 6 Schools (Economics; Law; Engineering; Humanities and Philosophy; Medicine and Surgery; Mathematics, Physics, and Natural Sciences) which are made up of 18 Departments.

The School of ​​Law at the Tor Vergata University of Rome provides a single one-cycle master’s degree program and a degree course in Sciences of Administration and International Relations. The teaching method emphasizes interdisciplinarity.

The University of Turin is one of the ancient and prestigious universities, Italy has and it is also one of the best law schools in Italy. It has a total of about 70.000 students enrolled in it. This university can be deemed as “city-within-a-city”, which encourages culture and generates research, innovation, training, and employment.

The Department of Law has strengths in the fields of private law, EU law, comparative law, and related fields and all degrees are fully comparable and transferable across Europe, and graduates of the law department practice in several leading jurisdictions across Europe.

The Department also offers some brief degree courses which is one cycle of three years.

The University of Trento was founded in 1962 and has always strived at building coalitions and reciprocal efficiency with Italian and foreign institutions and organizations. In the year 1982, the University (until then private) became public, with a statute that ensured self-government.

Lastly, CEILS students is presented with the opportunity to apply for internship programs in international institutions. The multiplicity of the students’ community will improve their learning commitment and intensify their contact with other cultures. The CEILS curriculum are taught by Italian and foreign professors, who have a  wide range of research and teaching experience in Trento and abroad.

Bocconi University was established in Milan in the year 1902. Bocconi is one of the best research-based Italian universities and also has one of the best law schools in Italy. It offers international programs in business, economics, and law. Università Bocconi has an Undergraduate School, a Graduate School, a School of Law, and a Ph.D. School. SDA Bocconi offers three types of MBA degrees and the language they teach is English.

The school of law is a merger of a pre-existing tradition in legal studies at Bocconi University under the aegis of the “A. Sraffa” Institute of Comparative Law.

In summary, studying law in Italy is not just only educative and sets you on advantage as their degrees are acceptable across the globe but also gives you the opportunity to learn one of the world’s respected language, and helps you gain experience in the field.

There are lot of interesting things you need to note about Italian universities, including cheap universities found in this country. Just click the link to know them.

10 Italian Universities that Teaches in English 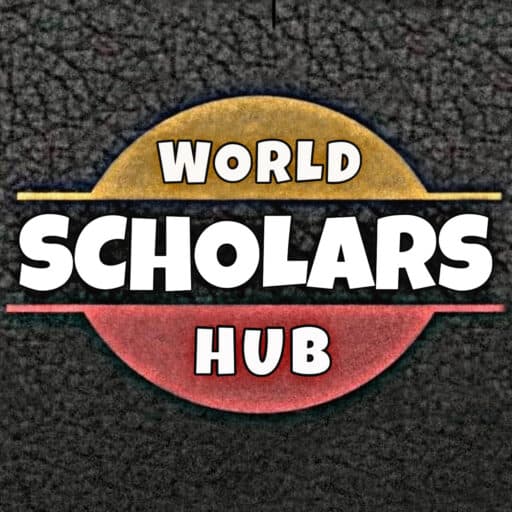